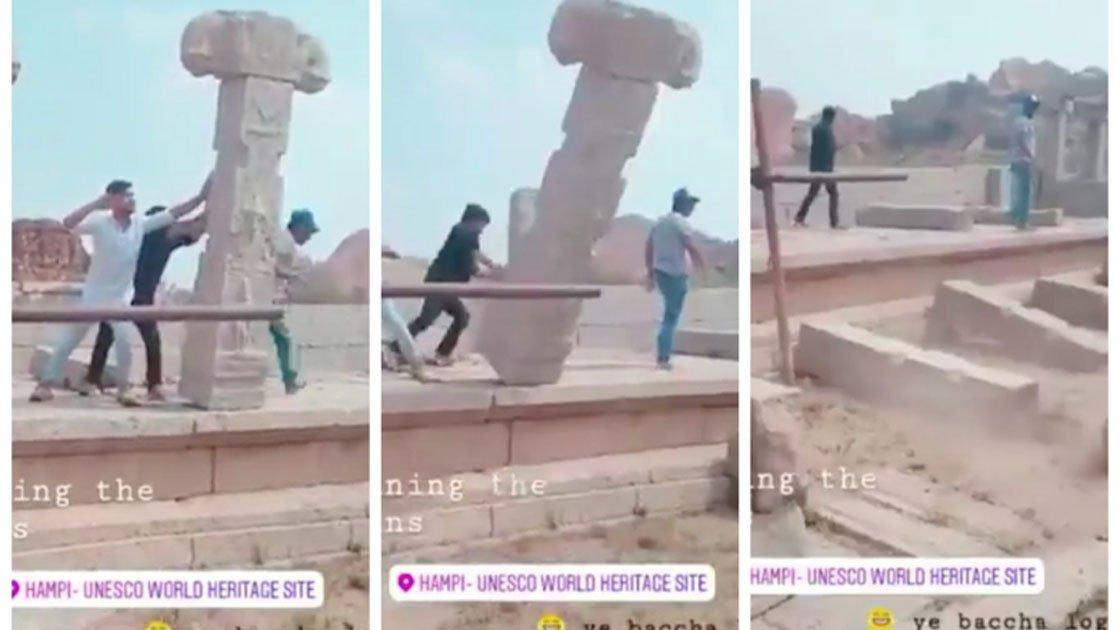 While on a visit to Hampi (Karnataka) in January this year, four youths from Madhya Pradesh and Bihar vandalised* a portion of the Vishnu Temple at Hospet and posted a video of their act on Instagram. When the video went viral on social media and triggered outrage, the ASI (Archaelogical Survey of India) lodged a complaint and the police investigated and arrested the youths. The youths were brought to court and pleaded guilty, offering to pay a fine of Rs 70,000 each and help in restoration of the vandalised site. The youths claimed that they had no idea of the historical significance of the place and had done this just for excitement. After paying the fine, the youth were taken to the spot where they re-erected the pillars they had toppled, weighing tonnes, in the presence of ASI officials, the Hampi police inspector and others.

There are many temples dedicated to Vishnu Bhagavan in and around Hampi. This particular temple that was vandalized is a large granite structure. Although the temple is called the Vishnu Temple, it was originally dedicated to Thirumagai Alvar, the last of the 12 Alvar saints. The 12 Alvars who were bhaktas of Vishnu, together with the 63 Nayanars who were bhaktas of Shiva, are among the most important saints from Tamil Nadu who revived the Bhakti movement in India. The Bhakti movement originated in 8th century in Tamil Nadu and Kerala and spread northwards. The Alvars inspired people to tread the path of devotional worship of Vishnu and study of itihasas like the Ramayana and Mahabharata.

The inscriptions on the wall reveals that this temple was built by Avubilaraju in 1554.

The Hampi monuments, built during the Vijayanagara empire in the 14th century, span over 10,000-odd acres. The group of 1600 monuments is a UNESCO world heritage site. Such incidents of deliberate destruction of our scientific and cultural heritage, clearly and directly point to the lack of right history education – history that is taught without any emotional connection to our land, our ancestors and our culture. 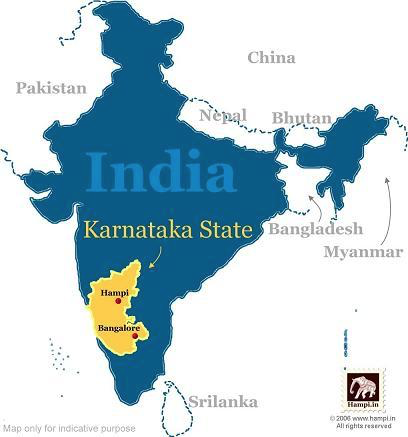 Hampi, the capital of the grand Vijayanagara empire sits on the banks of the Tungabhadra river. Traditional knowledge and culture flourished under the Vijayanagara rulers in the 14th century. The architecture at Hampi reflects profound knowledge of inner and outer sciences. We all study history as a boring bunch of disconnected facts and dates, not as a real narrative, a story of our own ancestors, their way of living, the knowledge they possessed and the times of Dharma and Adharma. As an illustration, let us look closely at some aspects of the Virupaksha temple, the oldest shrine at Hampi.

The Virupaksha temple – an outstanding blend of mathematics and beauty

The Virupaksha temple, dedicated to Shiva, has an uninterrupted history from 7th century. Shiva as Virupaksha is the consort of the Goddess Pampadevi who is associated with the Tungabhadra river.  The Virupaksha- Pampadevi sanctuary existed well before the Vijayanagara capital was located here. What started as a small shrine grew into a large temple complex under the Vijayanagara rulers.

This temple is an outstanding example of how Indians combined mathematics and aesthetic beauty. This requires precise scaling and proportions – observe the seven patterns repeating in proportionate sizes on every floor of the gopuram.

The unbroken tradition of worship of Shiva-Parvati

In 1565, the Sultanate army attacked the Hindu Vijayanagara kingdom and completely destroyed Vijayanagara city and its numerous Hindu temples and icons, including Virupaksha, over a period of several months. But, the worship of Virupaksha-Pampa did not end with the destruction of the city. Worship has continued unbroken for years till today, which is clear evidence that in our land Bharata, there are Divine powers that preserve these spiritual traditions in spite of destructive invasions. The destruction of Hampi – a tale of betrayal 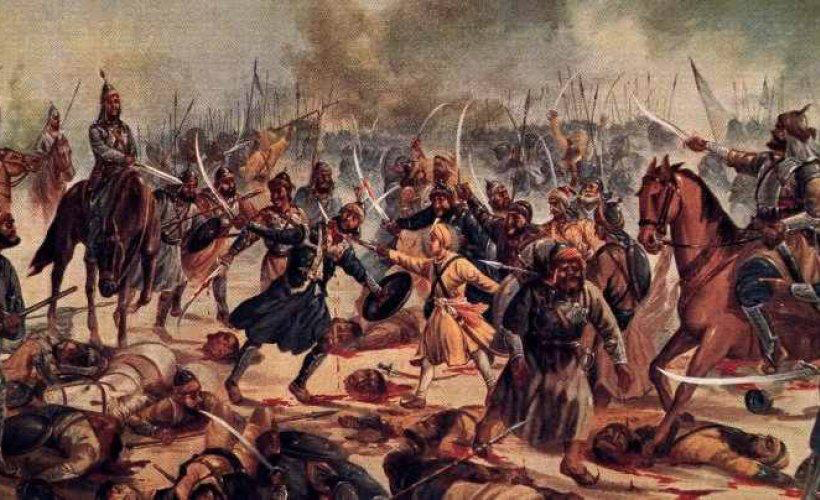 After the defeat, the Sultanates’ army destroyed Hampi. What was once called by Persian and Portugese traders “one of the most beautiful of cities of metropolitan proportions”, was pillaged, looted and burnt for 6 months after the war, and abandoned as ruins, which is now designated as a World Heritage Site by UNESCO.

Robert Sewell, in his book The Forgotten Empire, concludes thus – “With fire and sword, with crowbars and axes, they carried on day after day their work of destruction. Never perhaps in the history of the world has such havoc been wrought, and wrought so suddenly, on so splendid a city; teeming with a wealthy and industrious population in the full plenitude of prosperity one day, and on the next seized, pillaged, and reduced to ruins, amid scenes of savage massacre and horrors beggaring description.”

Why are such true stories of not known to the vast majority of Indians? It is because history is taught with emphasis on memorization of mere facts, not on the actual narrative and how our lives are connected to our ancestors’ lives. With current history, this is what is retained in our minds at the end of the day – “The battle of Talikota happened in 1565 between Rama Raya and the Sultanates. Rama Raya was defeated. The Vijayanagara empire came to an end.” It does not evoke any emotion at how a significant place like Hampi was destroyed.

Reimaging the Way History is Taught

While there is lot of focus on STEM education all over the world, there is very little focus on art and history education. Very few take up History and Social Science as a subject of choice in higher education. One of the key reasons, is the way history is taught in schools. While the issue of false narratives being taught as history is a different topic, the pedagogical aspects is what we would like to highlight here.

A very powerful method to teach history with an emotional connect is to actually take the students on a heritage tour to a temple, sit down in comfort and narrate the stories that are connected to the sthala. The stories depicted in temples are not just recent history but go all the way back to itihasas and puranas. One can find numerous stories from the Ramayana and Mahabharata depicted in the pillars and walls of such historic sites. Narrating the sthala purana, genealogy of kings associated with the sites and describing the archealogical wonders can create a deep impression in the mind of youth and children.

Often history is perceived as a dull boring subject with just facts. When history is presented with emotions, very much like the Indian katha tradition or modern storytelling, it can have a strong impact on the neural pathways too. Neurocognitive scientists have categorized memory based on various functionalities. Of these categories, episodic and semantic memories are relevant to this context. While semantic memory deals with remembering things based on facts, episodic memory helps to remember autobiographical events through feeling i.e emotions are attached to the memory. Though story-telling is not exactly autobiographical events of the sadhaka, they present history blended with rasas (emotions) that assist better retention and transformation of the sadhaka. Neuroscience says that those events that are recorded in the episodic memory trigger episodic learning i.e a behavioral transformation occur due to the event. Tulving has seminally defined three key properties of episodic memory recollection. These are a subjective sense of time (or mental time travel), connection to the self, and autonoetic consciousness. Autonoetic consciousness refers to a special kind of consciousness that accompanies the act of remembering which enables an individual to be aware of the self in a subjective time. Autonoetic consciousness involves processes like mental time-travel, episodic future projection and thinking. Offered in an immersive manner, history combined with the right emotions can enable a better appreciation for monuments and places of historical significance.

Creative use of modern technology

India is a vast country and to travel to historical sites takes time. Modern technology can enhance our experiential learning of the true history of our land. If physically undertaking school heritage yatras is not possible due to limitations, watching recorded videos of a tour of the place and the use of virtual reality goggles with recorded audio visual content can help.EdTech startups can leverage technology to develop teaching aids for history. Google VR Tour creator  helps people to create virtual tours of places.

Google expeditions is a fantastic way of engaging children with tours of historical places. Google Expeditions also allows the interaction of the teacher with the student by allowing for a teacher-led tour of the places.

Such tools provide lots of scope for Indian entrepreneurs to create tours of places within the country.

Children can also be encouraged to create mini wikipedia type pages to share their knowledge with other children.

Indian students are cut-off from traditional Indian Sciences like Ayurveda, Astronomy, Vastu and Yoga. Hence, there is very little understanding of how and why a temple is created and consecrated. Without such understanding, most children tend to look at these sites as mere historical monuments and not as symbols of living traditions. Making children participate in the traditional events of the temple can help them develop attachment to the temple. A participatory approach is much more relevant to today’s youth and children than an observer approach.

History, when taught as a narrative connecting our personal life with our ancestor’s lives, combining emotions and scientific knowledge, changes one’s entire perception of life and immediately makes one feel connected to one’s land, culture and architectural heritage. Learning history the right way is crucial to rebuild the Indian identity.